Doors 7pm Showtime 8pm Caleb Klauder and Reeb Willms are known to roots music fans across the globe for their soulful harmonies, driving dance tunes, classic original songs, and commitment to the raw truth of rural American music. Both originally from Washington State, they made a home in Portland, Oregon, where they are foundational to the exceptional old-time and country music scene with the Caleb Klauder Country Band and their membership in the Foghorn Stringband, in which Caleb was a founding member. Charismatic performers, they bring their unique set of talents to the stage with an eye towards good times and an ear towards the deepest songs and tunes. Caleb Klauder and Reeb Willms both originally hail from Washington State: Caleb from the coastal islands, and Reeb from the high desert plateau. The two have come together in music and are hailed as some of the most compelling musicians making country roots music in America today. When these two sing together, their honest incantations leave us spell-bound and smiling. Their repertoire is made up of original songs and tunes as well as gems from American roots repertoires. Music is clearly in their blood. Caleb and Reeb’s originals and interpretations of songs have been covered and recorded by many performers and their musical presence reaches into a diverse and loyal fanbase, giving creedence to the impact that this duo has on their listeners. Pillars of the Northwest music scene, they carry the torch of their music around the world, and can be found touring as a duo, as well as with the Foghorn Stringband, and the Caleb Klauder Country Band. Their fans exude admiration for the timeless sound that these two produce, capturing the essence of American roots music. Sometimes we get so unnecessarily swept up in who’s rising and falling in music these days that the sheer joy of music is overlooked. One of the great things about Caleb and Reeb is that they are a world apart from all of that nonsense and let you immerse yourself in the melody and story of classic sounding country music until all other cares of life fade away. Country music is the music of working people who use it to pass the time and forget about the ever-present hardships in their lives. After years of touring together, Reeb and Caleb work intuitively. Caleb’s study and understanding of roots music is so dedicated and rich, that he can hauntingly immerse himself in the same perspective of those old primitive country composers and write as if he was right beside them. Their album Innocent Road includes a clutch of lovingly arranged Klauder originals, along with well-placed and rare covers. The pair bring the spirit of legendary country duos into their contemporary takes on country music. Trading vocals back and forth, they complement each other strikingly well in an attractive meld of honky-tonk that brushes shoulders with trad bluegrass. Caleb has penned over 50 songs many of which are standards across America in honky tonk and bluegrass jams and festivals, both on and off stage. There is a long list of bands and singers who have recorded Caleb's songs over the years. The blend of true harmonies, the sharply-written country songs, and the un-showy authenticity strike a rich vein that makes them seem like they are born and raised in Music City. But Portland Oregon, is their home. For years, Caleb Klauder has been at the heart of Portland’s music scene. In the early 2000’s, his group Foghorn Stringband led the burgeoning square dance and Appalachian string band revival. In the past fifteen years, he’s been leading Portland’s underground country scene. He has quietly pursued his country vision without much of a care for what’s expected or in vogue at the time. There’s a lot to admire in this singular perseverance and honesty. 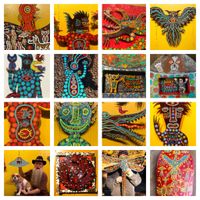 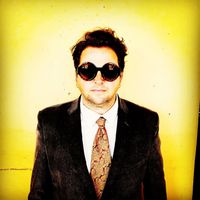 Due to the generous support from the Rome Area Council for the Arts, this show will be FREE and will be held in conjunction with the opening of the exhibit, Outsiders, Folk Art from the Rural South, featuring the artwork of Abe, and several other southern folk artists!

Partridge received national and international recognition in early 2018 when he released his first official full-length release, Cotton Fields and Blood For Days, to rave reviews and substantial airplay on Americana radio. It landed Partridge a lengthy feature in The Bitter Southerner and the album was chosen to be one of their “Top 30 albums of 2018.” Ranging from the earthy to the surreal, from the spiritual light to the depths of depression, Partridge draws listeners in with a combination of southern gothic storytelling, dark humor, and gripping intensity.

Partridge was on tour in the Netherlands and Belgium in November of 2018 when he met and bonded with David Ford, who says, “By the time you’ve witnessed ten thousand men take to the stage with an acoustic guitar to sing about their feelings, you can easily get to the impression that whether magnificent or mediocre they’re all to some degree just recycling the schtick of Bob Dylan, James Taylor or any number of whiskey-sodden bluesmen. Then one rainy night in the Netherlands I saw Abe Partridge take to the stage with an acoustic guitar and it felt like the first time anybody ever thought to try it. He didn’t just sing his songs, he set fire to them. It was brutal and tender and smart and angry and funny and brilliantly, uniquely authentic. I saw it as a magnificent reminder that great songs, delivered with honest intensity were what first made me want to do any of this in the first place.”

When Partridge is not writing or touring, he is creating his folk art paintings, which now hang in art galleries around the Southeast and in the private collections of Tyler Childers, Mike Wolfe (American Pickers), and Rick Hirsch (Wet Willie). He painted the cover art for Charlie Parr’s, Last Of The Better Days Ahead (Smithsonian Folkways). His monthly subscription-based art club has sustained him (and his wife and 3 children) during the Covid-19 pandemic.

American Songwriter Magazine said, “Abe Partridge has established himself as one of the most respected songwriters and visual folk artists in the southeast.”

Partridge has recently resumed touring, including a recent “Artist Spotlight” at the legendary Bluebird Café and a showcase for his art and music at the 2021 FinsterFest.

Partridge is currently putting the finishing touches on a new studio album projected to be released in early 2022. 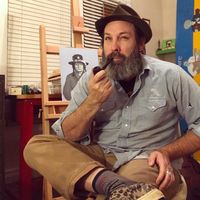 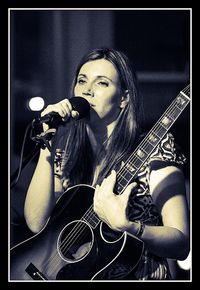 *LIVE MUSIC* An Evening With ROBINELLA

Robinella’s career began with a sort of luck that rarely comes to most artists within their lifetime. What started out as a simple husband-and-wife duo fresh out of college quickly grew to a full-fledged band that blended Bluegrass, Country and Jazz. The combination of Robinella's honey-sweet vocals with violin, mandolin, bass, drums and piano captivated audiences, thus creating the ever popular Robinella & the CC Stringband. They released their first album, self-titled Robinella and The CC Stringband, in 2000, which quickly followed, No Saint, No Prize in 2001. Both were on the independent label Big Gulley Records. With a few simple twists of fate, what followed was a whirlwind of rapid success - Columbia Records liked what they heard and signed Robinella in 2002. The label took seven songs from the band’s two prior albums and released them as the CD Blanket for My Soul and then released a full album in 2003, Robinella and the CC Stringband. This led to a national tour including opening for such artists as Bob Dylan, Willie Nelson, Earl Scruggs, Nickel Creek, Robert Earl Keen, Kasey Chambers, Del McCoury and Rodney Crowell as well as an appearance on “Late Night with Conan O’Brien” and a music video on CMT for their hit single, “Man Over”. She also performed on NPR’s “Mountain Stage,” appeared on the Grand Ole Opry and performed on PBS’s “SoundStage.” In 2006, Robinella was nominated for “Emerging Artist of the Year” at the Americana Music Awards and released her fourth album, “Solace for the Lonely”, on Dualtone Records in Nashville. But then life, as it has a tendency to do, threw a few curveballs her way. She became a mom and a couple of years later, she and her husband/musical partner split up with a new record almost completed. Exhausted and somewhat disillusioned with the industry and its promises, it was time to regroup, redefine and get back to her roots. So she returned to her home, the foothills of the Great Smoky Mountains, and got back in touch with what she truly wanted – love, family, friendship, music, art, truth. With that comes her latest release, “Fly Away Bird”, her most mature work. However, within the melancholy and touches of sadness there is not true despair. For such a voice — that dazzling, warm, bright-as-summer-sunshine soprano — to even communicate it would most likely defy certain laws of emotional physics. No, instead, this album, beneath the disappointments, she is brimming with optimism — with hope. You can feel it, and even more important than that, you believe — because she believes, and because her music is so honest and so genuine and so forthright that you just can't help but knowing that this is an artist who still finds life to be magical. Artist's Statement "The more things change the more they stay the same." The longer I live the more I see the truth In this statement. And the truth I see is that as the day to day passes, while the years roll on, our lives are full of repetition -- repetition in choices, repetition in words, repetition of body and mind. As an artist, and a singer and songwriter. I see this repetition in paint, in color, and in song rolling off my lips. I'm from East Tennessee this means a lot of things to different people. To me, it means a big family, a mild climate, an accent, a thank you and your welcome. It means part of an old hymn. "Lord lead me on from day to day I want to walk the holy way though friends forsake me all alone, I ask the Lord to lead me on..." It means modesty. It means character. What can I say about my music but that it is intertwined with my life. The songs I have written, the songs I will write... These words I know because I have either lived them or seen them or felt them over and over, over and over, over and over again. I've seen many things. Some people would say I was naive. Maybe naive is a choice. I believe in beautiful, beautiful, beautiful. Can you see it? Want me to try and show you? I will. With repetition, with a country song, with a smile, with a jazzy phrase I heard in a movie, with some fancy chords a man showed how to play. With some truth. With some lies.